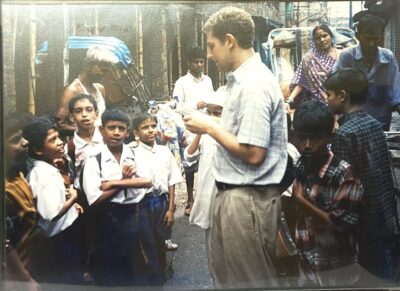 In 2000, Noah Levinson volunteered with Mother Teresa’s Home for the Dying Destitutes in Kolkata, India. While deeply moved by Mother Teresa’s mission to give love to those who would otherwise die alone, he was unsettled to see people dying of curable diseases.

When Sudip — a boy brought into the home with a head infection caused by the untreated puncture of a rusty nail — died in his arms, Noah became convinced that more could be done to prevent such needless deaths.

During this time, Noah got to know Kalyan Kumar Roy, the manager of a small private clinic that delivered free and subsidized care to poor families. Kalyan shared Noah’s vision to increase access to preventive health services. Together, Noah and Kalyan founded Calcutta Kids. In 2005, Calcutta Kids registered as an Indian trust. 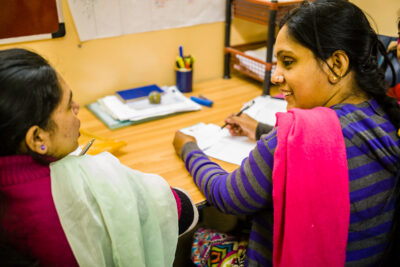 From the outset, Noah didn’t want Calcutta Kids to become yet another foreigner-run non-profit that someday gets abandoned. He knew that transforming Calcutta Kids into a community-led organization was the only way to sustain its operations and impact.

Over several years, Noah, Kalyan, and Noah’s wife, Evangeline Ambat — a Kolkata native — built the capacity of the team on the ground and set up systems to help them succeed. Noah and Evangeline slowly stepped away from day-to-day operations, empowering and transferring ownership to the local team.

Today, Calcutta Kids is entirely run by a team local to Kolkata. The organization has thrived under this team’s leadership.