At Calcutta Kids, our mission is to provide essential services that enable adolescent girls, women, and children in Kolkata’s slums to thrive.

Science shows that there is a window of opportunity from conception through the first 1000 days of life in which getting the right care and nutrition can prevent irreversible damage to a child’s long-term health and development. Since our inception in 2005, Calcutta Kids has been committed to meeting this need.

At any given time, our programs serve about 600 mothers, 600 young children, 70 pregnant women, and 40 adolescent girls. Over the years, we have provided services to thousands of families. 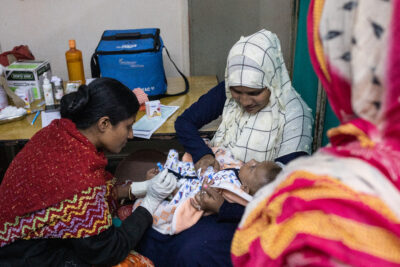 To ensure that our beneficiaries have all their needs met, we partner with the local district hospital and other community organizations. Learn more about our partners.

The community we serve

Calcutta Kids serves adolescent girls, women, and children in Fakir Bagan, a transient slum community on the outskirts of Kolkata, India. (The city used to be known as Calcutta but has recently returned to its pre-colonial name, Kolkata.)

In 2005, we surveyed women in Fakir Bagan who had been pregnant within the past 3 years, and we learned that: 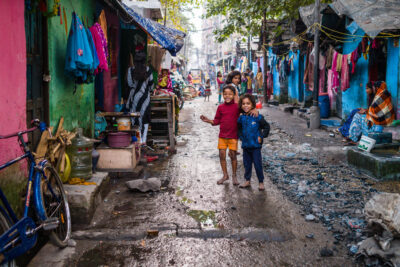 Because Fakir Bagan is an unauthorized settlement, its residents are vulnerable to displacement and ineligible for many government-provided services. Health services at private clinics tend to be unaffordable.

Conditions in Fakir Bagan — including poor sanitation and overcrowding — and a lack of education compound the health problems of community members.

In addition, women and adolescent girls in Fakir Bagan have no formal opportunities to learn even basic information about general, reproductive, and sexual health. As a result, they struggle to achieve health and well-being for themselves and their families.

Our programs grew out of the clear and compelling need for improved access to health care, health education, and nutrition assistance in Fakir Bagan.